How to maintain multiple versions of django without using using virtual envs.

django upto version 1.11 will work with python 2.7. Anything greater than that needs python 3.

If in a system you have both version of python each accessed by the terms python referring to 2.7 and python3 referring to version 3 and you want to run django 1.11 and django 2.2, how do we do that. 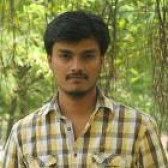 I am web programmer working for a Small Medium Enterprise based in Chennai, India. I love to write code and learn new things. Well I also have a habit of sharing what I learn.